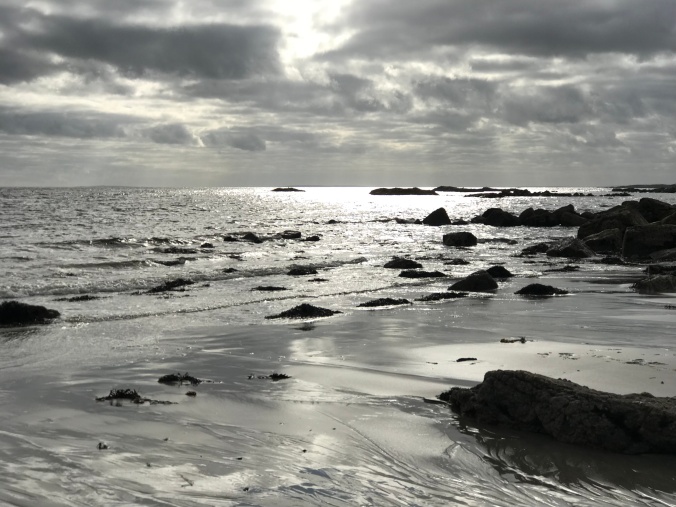 Recently I’ve been doing some travels with my students. Though it is a very different way to travel than the solitary trip to Ireland back in 2017, this trip to Ireland with students was a beautiful reminder of how seeing an old place through new eyes can be a supreme joy in and of itself.

The trip was glorious – I saw things I hadn’t seen in ages (The Cliffs of Moher, Blarney Castle, and Cork) and places that I had never been before (like the picture above in Spiddal as well as the beautiful town of Bray).

Despite the multitude of people around me, it was still a time of amazing self-reflection.  For some reason travel does that. Is it the beautiful surroundings? Is it the feeling of infinite smallness in the face of giant oceans, imposing mountains, or stunning valleys? Is it the lack of things familiar? Whatever it is, I find it amazingly refreshing.

The trip was not free from heartache, however.

On a gloriously sunny morning in Killarney, I readied myself for the trip to Cork – a likely departure site for my ancestors who came to America for unknown reasons in the 1700s – when the lead chaperone pulled me aside and asked me to have a seat.

No good conversations start with the person asking you to sit down.

She gave it to me straight, without any sugar-coating.  A former student of ours who was in the military had committed suicide in his barracks.

The world stopped, and for a moment I forgot how to breathe.

This young man had been in my creative writing class. We talked about the death of his brother and how that changed him as a young teenager.  He wrote funny poetry, and smiled a grin that would make you doubt that he was the same person who could bench press a small car.

He came back to visit the school during a volleyball game after he got out of boot camp, and seeing that I wasn’t there he asked a teacher to take a picture of him and send it to me so I would know what I had missed by not going to the game that night.

That is the last picture I have of him.

The beauty of Cork meant nothing to me that day. The countryside outside the bus window was lost on eyes that saw only a watery reflection of reality. I truly don’t remember the drive there or much of the museum we went to that day.

Eventually my mind slowed down that day – my journal helped. I wrote volumes. Emotional vomit that purged the sadness and fear and self-loathing.

The kids went with the other chaperones to the castle to kiss the stone and I went off alone and hiked the trails around the grounds. And nature restored my soul in those few hours of solitary reflection. The ivy, the moss covered rocks, the clover, the waterfalls, and the trickling stream calmed my troubled mind until I could breathe again without a searing pain in my heart. My photos of that day chronicle the gradual healing that took place in Blarney – a journey through shadowy darkness to the bright green that gave Ireland its nickname.

Since my first visit to Ireland in 1997, I have often said that though my body lives in the United States, my soul will forever be in Ireland. There was never a time that was as true as it was that day in the solitude I found in the shadows surrounding Blarney Castle. My soul, broken and crushed, found solace in Ireland’s beauty, and for that I am ever grateful. 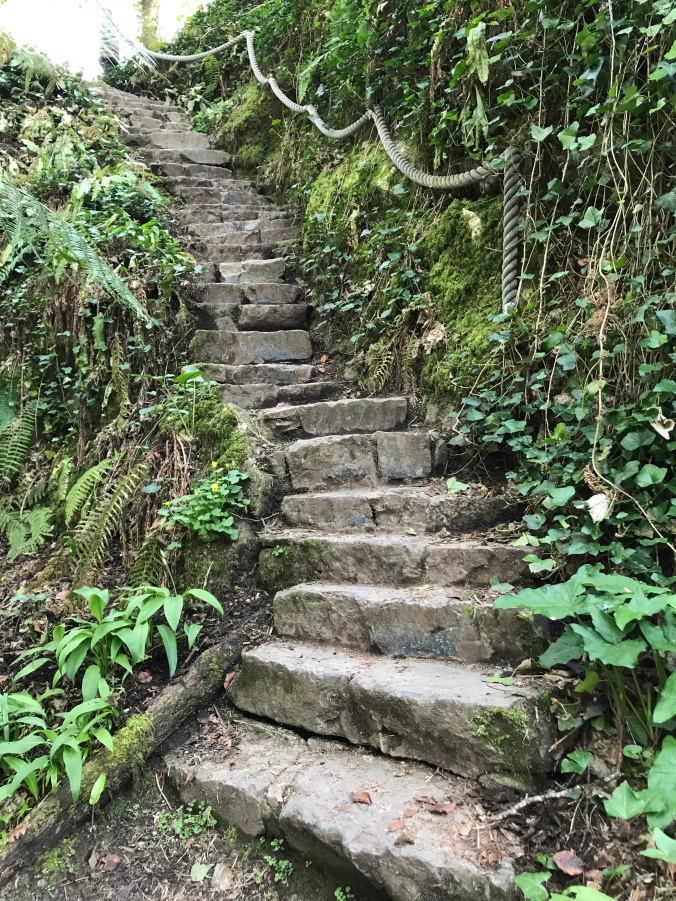