The end of our trip was very sad for me – and probably a little for my parents as well. My biggest fear as an 18 year old was that I would never go back. Though we had traveled a good loop through Ireland (Dublin to Glendalough to Waterford to Cork to Blarney to Kenmare to Kilarney to the Cliffs of Moher to Sligo to Donegal to Carrick on Shannon and back to Dublin), I knew there was so much more to see– and so much more to see in the places we hadn’t stayed long… like Glendalough and St. John’s Point.

But our trip wasn’t over yet.

Leaving Carrick on Shannon we finally cut inland for the first time and headed back to Bellcamp Hutchinson. Though our trip around the coast of Ireland had held unimaginable joys for us, returning to Bellcamp was in many ways like returning home — to people we knew, beds we knew, and a few days of rest before the inevitable trip back to the airport.

We spent some time in Dublin again, but I have very little memory of those last few days. My mother reminded me that we went to a bookstore- a rather large one… two stories, I think. She wanted to find a book that was IRISH! So she asked a bookseller what she should get – if they had anything by an Irish author that would be good to get while in Ireland.

Coincidentally enough, they had just had an author signing there the week before and still had several copies of this man’s book, the first book he’d published. We’d never heard of the book or the author, but my mom bought it off the bookseller’s recommendation while I bought a book of Irish mythology.

On the flight home, my mom started to read the book, but she didn’t like the way it started and put it down. We didn’t think of it for months (or maybe even a year) until I heard the author’s name and title of the book again. I gasped and called my mom to see if she still had that signed copy of the book, and she did. And now on my bookshelf at school sits a signed copy of Frank McCourt’s book Angela’s Ashes with a unique cover that we didn’t get here in the States.

Unfortunately I will have to use this picture as a place holder until I can go back to school again and get a picture of the actual book with Frank McCourt’s signature in it.

At this point, I feel that I have to admit an error in my memory from of the earlier posts — I mentioned going to Malahide Castle on one of our first days in Dublin, but my parents corrected me tonight (they’re good about doing that). We went to Malahide on our return trip to the Dublin area and enjoyed the grounds. The weather took a rainy turn, and we found a pub close by to get something to eat. None of us could remember what time of day it was, but we were nearly the only people in the pub, so perhaps it was a bit early for the lunch or dinner hour, but it was cold and rainy and they served us the most amazing potato leek soup that I have ever had in my entire life! Years later when I had a home of my own, I tried to duplicate this soup but fell miserably short.  Though my (then) husband said it tasted divine and asked me to make it again, it just wasn’t right. Maybe you need the Irish air, or Irish produce, or maybe it is just my mind romanticizing the memory, but I long to someday have soup that magnificent again!

My father also reminded me of something that I hadn’t put together. On our last day we went to a “small little village north of Dublin to see a regatta.” When my father mentioned this to me today in our weekly talk about Ireland, my heart jumped a little bit. I asked him if he would recognize the name of the town if I said it, and he said he probably would.

On my My Take-Back Year (and a half) I traveled to Ireland on my own.  It was my first time back since I’d been in 1997. On the advice of a student, I traveled to the town that I thought I’d never heard of before.  Howth was the name of that town.  I spent the my birthday doing the cliff walk to the lighthouse and exploring the town. I loved Howth, and when (in my weaker moments) I start planning another trip, Howth is always on the list! 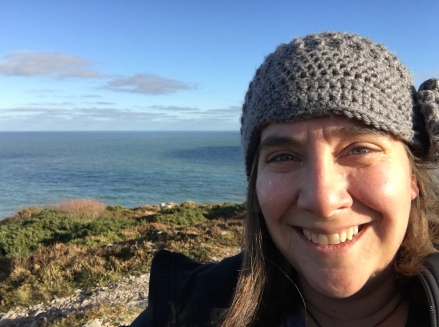 The next day, we left for the United States, but I knew that I was leaving a part of me in Ireland that I didn’t quite understand. Ireland fed my soul. It spoke to parts of me that I didn’t know existed. I’d felt something tangible while in Ireland, a pull to go back, to find more.

I talked to my parents about their big take-aways from the trip, and my father talked about the magic of that night out on St. John’s Point. It was a place we just “happened upon” and had some of the most unique experiences there, like seeing the whales go out to sea. My mother talked about how much she enjoyed seeing the adventure through my eyes. It had been my graduation gift to go anywhere in the world, and she said it was fun to watch me experience Ireland. As an 18 year old, I wouldn’t have understood that, but now as a mom, I get it.

In fact, that has inspired me for my next blog series! I am going to talk about the trips that my son and I have gone on over the years and the joy of seeing things through his eyes. So, next week, we will start with our first big adventure as mom and son — St. Louis, Missouri! Stay tuned!

And if you missed any of the other posts from my 1997 journey around Ireland, you can click the links below.

Kenmare and the Ring of Beara

From the Disappointing to the Magnificent

In Shadows and Sunshine

From the Highest Cliffs to the Famous River

8 thoughts on “The End of Ireland… for now”